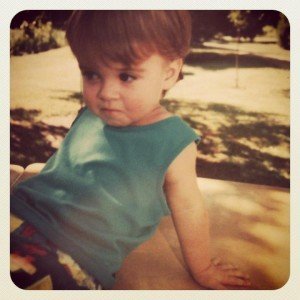 It was 1992 when I called—yes, called—the Resilite mat company to order our own Miller family wrestling mat. I didn’t choose my Cornell colors of red and white, but I did get a big “M” stamped on it.

When it came, all 12’x12’ of it, Karen and I dragged it down to our Plymouth, MN basement—and the grappling began! Michael, our 4-year-old, would tear into me with all his might while Tara, age 7, would referee. I even gave her a whistle to blow.

Mike was going to be great!

Oh, he’s great—but he never wrestled. Well, at age 10 he did go to one formal session after we moved to Denver, but later he complained that the “other boys were sweaty.” He never walked on a mat again.

Except in our dust-laden Colorado barn—where the Miller Mat has rested for 15 years. Now a reminder of what never was, we walk across it to feed the horse. 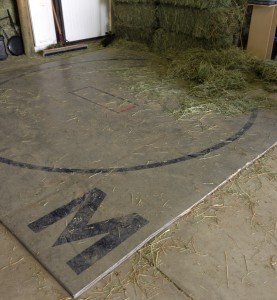 But that’s cool. I let go of all mat-based dreams years ago. Since then, I’ve asked a QBQ, one any parent-in-training can ask: “What can I do to help my child reach his goals?”

The only son of seven children, Michael has different God-given talents than I do. He can sing, play guitar, and tap dance. He acts, and has performed in musicals. He even got a college degree in musical theater. Not exactly my skill-set.

But we do have some things in common. He loves to be on stage. He’s funny. He’s charming.

He got those abilities from me. His humility, too.

Now at 26, he does a bunch of things, blending his talents to serve people. He services members at Summit Credit Union in Sun Prairie, WI. He’s in the church worship band. He’s fun “Uncle Scoob” to Joshua and Becca Boo—Kristin’s kids—who live a mile away. He started a video production company—Sun Prairie Films—so he can sell his creativity to the marketplace. I guess just like me—the selling part, that is.

And, like Dad, he’s found a terrific gal who loves him. Like many young couples, Casey Mae and Michael have had their ups and downs. Karen and I did, too, back in the ‘70s. We still do.

That’s what they told family and friends on Saturday, March 9th 2013 from the Brighton (Colorado) High School drama stage, where they met in 2006. And on that stage, these two natural performers signed on for their most important roles ever: husband and wife. It was a great day! 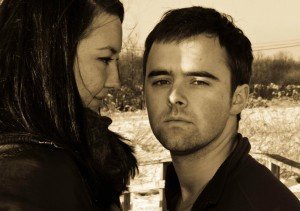 A few miles south, though, the hay covered Miller Mat will be crying out, “Michael, come use me!” But that possibility is long gone. For the new Mr. and Mrs. Miller, there are new and exciting days ahead.

And now, Karen and I together will ask, “How can we help you both reach your goals?”

Who needs your support today to achieve their chosen goals, and how will you help them?